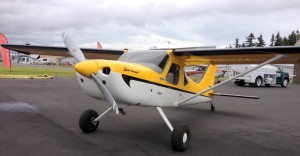 “When a medical issue forced a sale of my father’s Sportsman 2+2, we tried to list the airplane ourselves through the various media outlets.  After several months without an inquiry, we took the airplane of the market.  Then we found Alan Negrin of Alan Negrin Aviation Services, LLC through the internet.  Alan knows the Sportsman aircraft and the Sportsman community.  He is an enthusiastic advocate of the airplane, and he owns one.  After checking his references, I felt comfortable leaving the airplane with Alan to sell.  The trust was well placed.  Alan had the airplane sold much faster than we anticipated.  The sales transaction was as smooth as any aircraft transaction that I have been involved with.

We could not have sold the airplane nearly as quickly without Alan.  His knowledge of the market and the airplane were critical in the completion of the sale. “