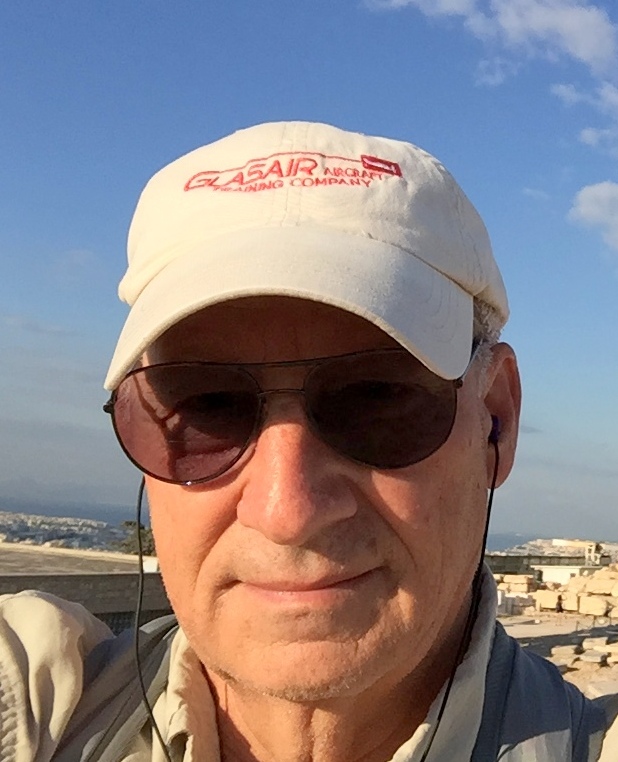 This is my full time job. I focus 100% on all Glasair aircraft.

My flying career began in 1981 while living on San Juan Island in Northwest Washington State. Private Pilot training began in July while working as a captain of a salmon tender boat, hauling fresh salmon from the fishing grounds to Anacortes, WA.

As I was piloting the boat back and forth between Anacortes and Friday Harbor on San Juan Island, I would study my private pilot written exam test prep material listening to an old fashion cassette player. And yes, they still called it a written test back then because it was before computer exams.

By October of that year, I had my PPL and started flying as much as I could and moving up from the Cessna 150. A move to Bellingham, WA in 1982 allowed me to pursue more advanced pilot training.  Commercial, Instrument, Single Engine Seaplane, and Multi-Engine ratings were obtained by mid 1983.  After moving again  in  1984, I obtained my CFI on floats at Kenmore Air in 1986 and started instructing at the Boeing Employees Flying Association in Renton, WA near Seattle.

In 1992 I decided try soaring and picked earned my private and commercial glider ratings. I purchased my first glider in 1993 and started Alpha Soaring Adventures at the Arlington Municipal Airport (KAWO).

The company grew and in 1997 the purchase of Arlington Aeronautical, a full service FBO with a partner that included, a flight school, full maintenance and repair shop, Part 135 charter operation and fuel supply took us to the next level.

By 1999 I had moved onto to full time charter work with West Isle Air, operating from Anacortes throughout the San Juan Islands, Seattle,  and  Western British Columbia.  That fall, I went to work for Stoddard-Hamilton Aircraft in Arlington where I worked in Sales and Flight Demonstration until the spring of 2000 when the company went out of business.

I came back work for the company in 2004 after it had been taken over by Glasair Aviation and continued there until 2008,  going out on my own to create Alan Negrin Aviation Services, LLC and GlasairTraining.com.

During my time at Glasair Aviation, I gained additional experience flying all models of the Glasair line and also learning the skills for first flights and flight testing of new aircraft.

In 2006, I built the first Two Weeks to Taxi Sportsman that I continue to own today.

Now, I am offering these services with my company. I can help you become proficient with any model and any gear configuration of the Glasair, GlaStar or Sportsman family of aircraft. I will safely and knowledgeably conduct your first flight and all phase one flight testing. I will safely deliver your airplane anywhere in the continental U.S, Canada or Alaska.  I have also added brokerage services for pre-owned Glasair aircraft and can help you find one to buy or help you find a new home for the one you own now.

This is my full time job. I focus 100% on all Glasair aircraft.