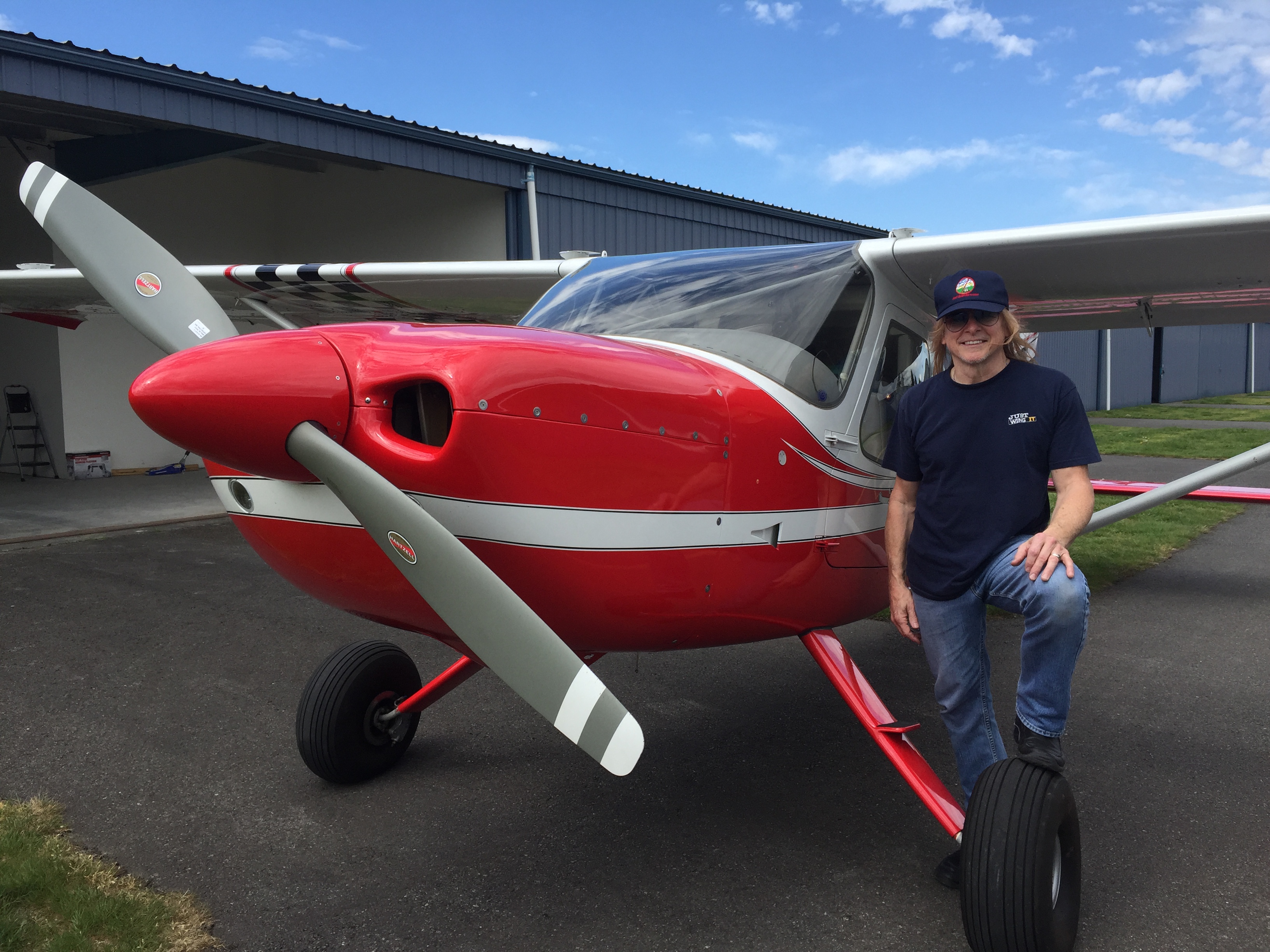 About a month ago, I finally picked up my Sportsman at Arlington. I met Alan early in the morning, we flew around a little bit, and he was easy to work with because he let me do the flying while giving helpful suggestions on speeds, etc.

The short back-story is that he inspected and flew the plane for me, gave me a report, then went to bring it up to Arlington for a few mods at the factory.

He really knows his stuff and I still could spend a lot more time with him on the Advanced Flight avionics to solve some of the subtle mysteries. Before leaving, he updated the databases and gave me advice on which way to go around Seattle with the weather at the time.

I had a great trip across the USA and enjoy the plane very much, especially the visibility. Thanks also for the guys that worked on the plane and got me on the road with the mods done! Ted Setzer did the newest tailwheel service bulletin also while it was up there.

It’s an unusual plane for me, as it lands like a Decathlon (which is very good), but has the panel full of radios and a great autopilot (which is also good!). I’ve never flown such a gentle stalling machine, either. Maule M7 was close, though.

I’ve already learned a lot about the plane from this forum, and look forward to fixing some of the little problems that have come to light as well as making some more little custom adjustments.