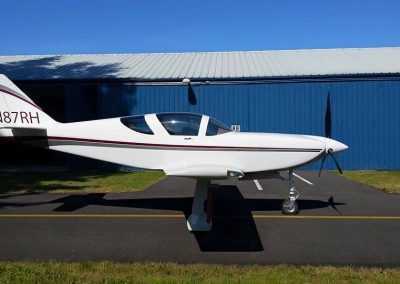 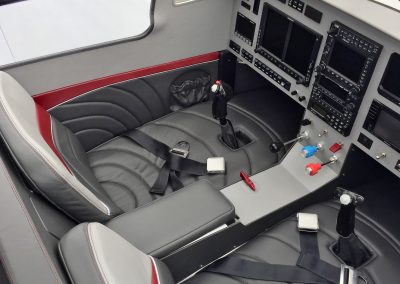 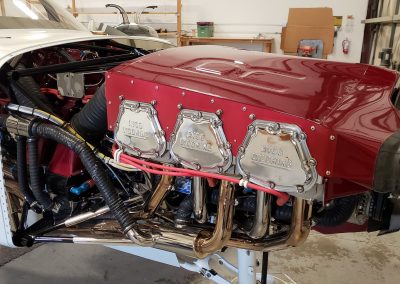 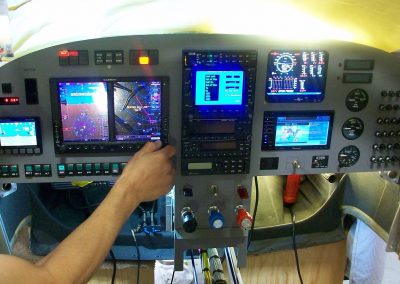 N87RH is likely the most incredible Glasair III, and certainly one of the most exciting and beautiful home built aircraft ever to be assembled.

Total Time 40 Hobbs hours Since All New Everything.

The craftsmanship is unmatched and customized in every detail down the smallest item. This project took more than 20 years and more than 30,000 hours. There is well over a half million dollars invested. Will consider offers more than $269,900.00 US.

The engine was purchased new from Lycoming and shipped directly to Monty Barrett of http://www.bpaengines.com/ to be overhauled with HP improvements. It was broken in on the test stand and Dyno tested to 325 HP. That was the HP we had the custom McCaully propeller designed for. They also custom painted the engine white with two-toned gray cylinders.

Ron kept the engine (when not used for building the airframe mods we did) in a plastic kiddie pool blocked up and filled with oil. He would rotate the engine by hand regularly and change the oil. The shop was heated the entire 7 years that the plane was not being worked on as well as the previous 6-1/2 years of construction. During the 7 year hiatus, Lycoming came out with the I-580 engine and Ron obsessed about exchanging the 540 cylinders for 580 cylinders. After we started working on the project again he drove the engine to Lycon http://www.lycon.com/ and had them do that as well as the o-ring case half seal they machine into the case split line and other HP improvements. It was also broken in on the test stand and dyno tested to 411 HP at 3000 RPM. Ron picked up the engine himself and drove it back, now with a custom red paintjob. We had just enough time to make sure the custom plenum and baffling I made would still work before Ron passed away, and it did. I had to make a new fuel pump cooling shroud which we opted to make out of fiberglass and to paint it to match the engine. So, it’s basically a new engine that has been meticulously stored and overhauled twice before ever flying. It is the best starting, running, and sounding Lycoming I’ve ever worked with and I can’t take credit for any of that except possibly for how it sounds, in part for the custom exhaust system I mocked up for the exhaust shop to fabricate for us.

Professional Transition Training and Delivery after sale but not included in the sales price.
Please, No Trades will be considered. This aircraft is being offered only for outright sale.