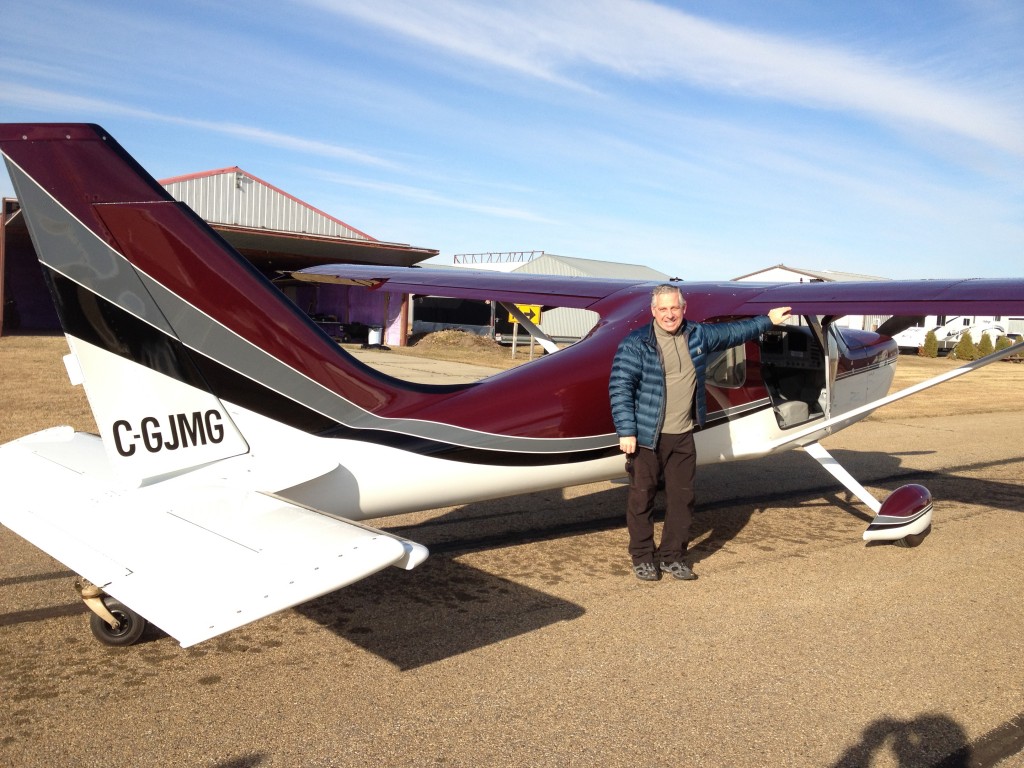 I first flew with Alan in his aircraft in November 2010 when contemplating the purchase of a Glasair Sportsman 2+2.  Coincidentally, he and his aircraft became a big influence on my ultimate decision to buy and build a Sportsman 2+2.

Alan’s personal experience in building, owning and operating a Sportsman is an invaluable asset and resource for a low time pilot like myself.  Forward, one year later to November 2011, where Alan & I departed Arlington, WA in my newly completed Two Weeks To Taxi Sportsman – the “Elimia J’s” for its return flight home to Cooking Lake, Alberta.

Not only did Alan give me my first taste of the performance and characteristics of a Sportsman, but Glasair also utilized him for the aircraft’s First Flight & Flight Testing activities after the build was completed.

Alan accompanied me on the flight home to Edmonton (via a snowy stop over at Mustang Mickey’s in Helena, MT) where we completed my Tail Dragger transitional training.  Every day flying C-GJMG has been a pleasure thanks to Alan’s wisdom and coaching.

I highly recommend Alan’s services for anyone contemplating the purchase, the assembly or the transition into a Glasair Sportsman.  He is a great ambassador for the plane/company/community, a professional/safe pilot, a first rate instructor and generally just a great guy to bring along on any flight.  Alan’s experience as the owner of a Sportsman is probably his biggest asset as he understands every little detail of the Sportsman and handles the aircraft the way it was designed to be flown and where it was intended to be flown.

Alan – many thanks for all your support and guidance.  See you in the Northern Skies…..
John Giles
Managing Partner
Thermal Energy Services Inc.