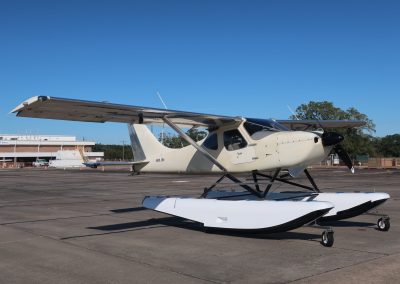 Jeff Richichi I also want to give a shout out to Alan Negrin at Glasair Aircraft Training Company. Alan was my transition training CFI when I was up in Arlington, WA. He showed me some nice seaplane flying techniques that I didn’t know about. It was a blast and I learned a lot. I highly recommend him. I repaid Alan for his efforts with multiple bad jokes and puns. Many of the jokes were the same jokes, repeated over and over again, just to see the look of pain on his face. He earned every penny.