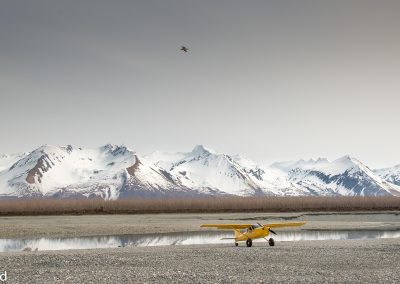 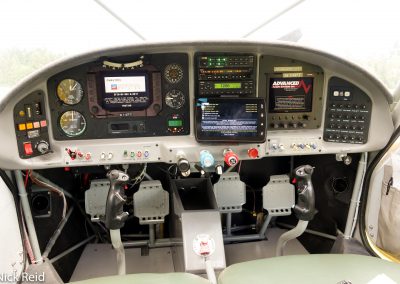 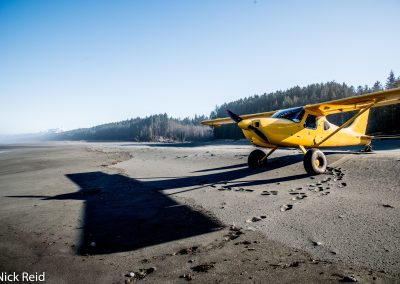 Kit was built with extensive professional assistance from Zach Chase of Fibertech Composites, as well as other professionals for rigging, panel design and construction and painting.

Replaced original  MTV-15-B/210-58 which was damaged by a rock that nicked the propeller.

Dual Bus Electrical System, with panel switch for load shedding in event of charging failure. This system designed to be used along with standby 8A alternator in the event of main alternator failure.

Designed and Installed by Stein Air.

Fuel Measurement:  There are Three systems to keep track of fuel.

each time tanks are filled. Very accurate with “red cube” flow sensor. However accuracy depends on input at each refueling

Seating:  Pilot and passenger only. Aircraft wired for intercom in four locations, allowing installation of rear seat if desired.

Door Locks: Aircraft equipped with locks on all doors, keyed alike with ignition.

Removable Photo Window: Pilot’s window can be removed in flight for photography purposes. Made by LP Aeroplastics

Cash Sale only. Please, No Trades Will Be Considered